Auction Market on the Rise.

The auction markets in Sydney are proving to be far stronger than they were last year. 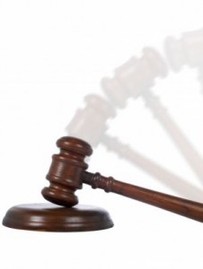 Australian Property Monitors (APM) reported a 73 per cent weekend auction clearance rate for last Saturday 13th April, which is 15 percentage points above the 57.7 per cent for the same weekend last year.

“Buyer activity has shown no signs of waning since the Easter break with weekend auction clearance rates strengthening to the highest levels recorded in a month,” APM’s senior economist, Dr Andrew Wilson, said.

Vendors are also showing they’re feeling more confident, with auction listings on the rise. There were 382 auctions in Sydney on the weekend, which is 50 per cent more than last year.

The highest price reported in Sydney was $2.13 million for a four-bedroom house in Paddington with the strongest region in Sydney being the lower north shore at 89 per cent clearance rate.

Next week Ray White Maroubra | South Coogee will have a total of eight properties going to Auction between Wednesday 24th April to Saturday 27th April 2013 and we have had nine properties go to auction over the past month. This shows how the auction market this year, with vendors choosing to put their property under the hammer for the best price.

Things To Think About Before Going To An Auction

The Block Auction A Success!

Back to all news
Up to Date